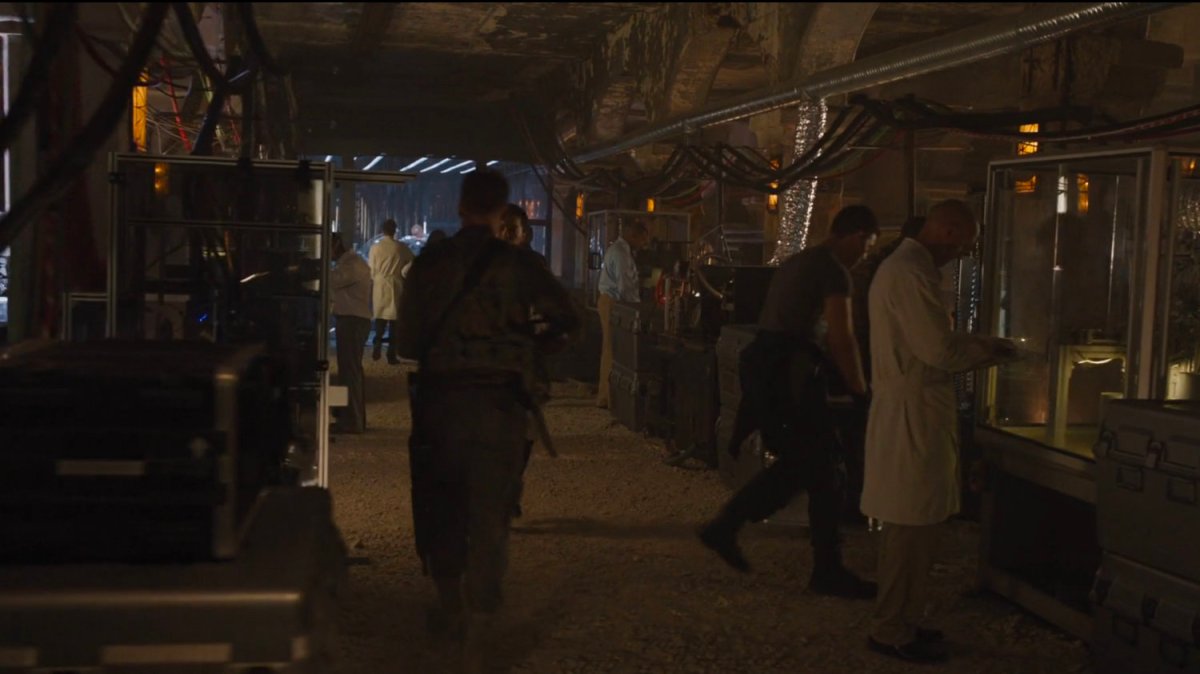 We look beyond the Earth to the greater worlds the Tesseract will unveil.

Loki has set up Selvig and Hawkeye and a number of other soldiers in an abandoned series of tunnels as he takes the next steps in his plan for invasion. This sequence was filmed under the Detroit-Superior Bridge in the old viaduct, in Cleveland, OH.