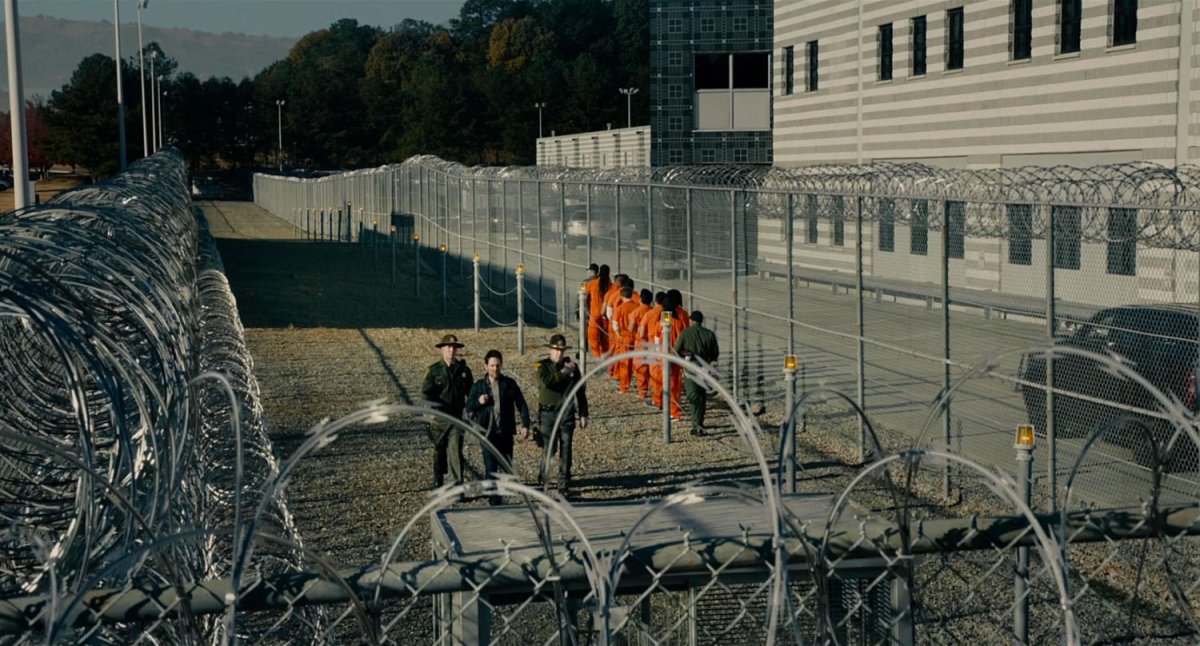 Man, you guys got the weirdest goodbye rituals.

San Quentin is a maximum security prison with the largest death row for male inmates is located about one hour North of San Francisco. It has been featured in several films and television series, including the CWTV superhero show The Flash, where it stands in for Central City’s Iron Heights prison.

After serving three years in prison, Scott Lang is released and gets picked up by his friend Luis. The actual filming location of the prison was at the Gwinnett County Detention Center in Lawrenceville, GA.